«How did you become a priest? …» children often ask me.

Well, I think God sent me a first hint when I was about seven or eight years old. The school master (a diocesan priest) had shown us a movie: «Marcelino, pan y vino». The story of a baby abandoned at the door of a Monastery, whom the monks would raise in their midst. From the film, my boyish mind deduced this: «When you give yourself entirely to God (like the monks, who baked bread and kept ducks and goats, a thing I wished I could do) you are really free!»

A few days later, when our school teacher asked us about our wishes for our future, I secretly wrote on the little piece of paper: «I shall be a monk». And forgot all about it.

Years later, as I sat by my father at the Sunday mass, I heard the priest preach about the need for vocations. His words felt like darts aimed at my heart. I went red in the face, I was scared (*) and only hoped my father did not notice my blushing. He did not. 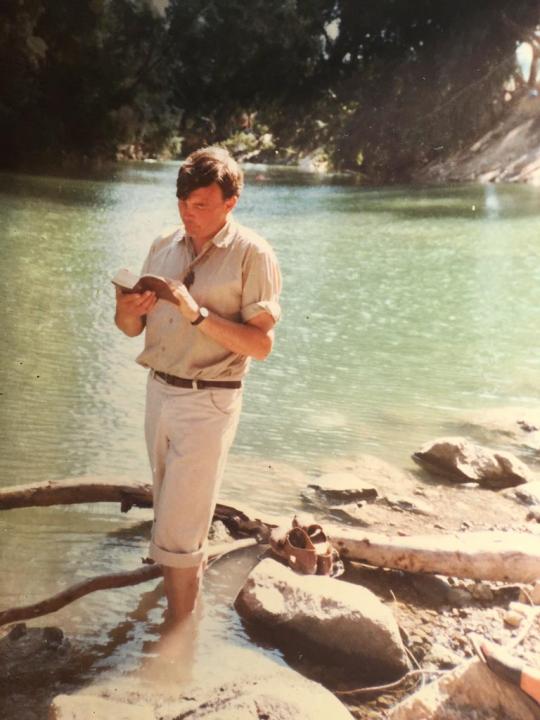 Many years went past. While I was at the University, a Benedictine monk embarked me on a trip to the Holy Land. One day, as we were walking by the Jordan, he asked me to read the passage of Joshua 3, 13: «as soon as the feet of the priests touched the waters…» I did not pay much attention to it, until one of the pilgrims had a nod and a wink at me…

Years later, as I was kneeling before the Blessed Sacrament, onboard the «Péniche» of the Emmanuel Community, I could hear the gentle ‘clap-clop’ of the river Seine under the hull of the old barge. My wandering mind was wondering: «but what on earth have you come here for?…» Then it seemed to me that Jesus’ face from the Shroud, which was on the tabernacle, came answering my question, quietly whispering: «You have been wandering around; but, IF you wish, come to Me, now!»

I was stunned. I felt like a straw carried away by the stream. And the image of Mary in her home, said: «Fiat!»

It was just as simple as that.

A soul is well worth a tooth!