In the past two+ weeks fifteen couples shared their “Love Stories” in this blog, leading us to this celebration of St. Valentine’s day and drawing us closer to the Source of their love. However, the beauty of a sacramental marriage continues – beyond the St. Valentine’s day, beyond Ash Wednesday, into the Lent, and all through life. As a proof of that – here is the “bonus” Love Story. Happy reading! 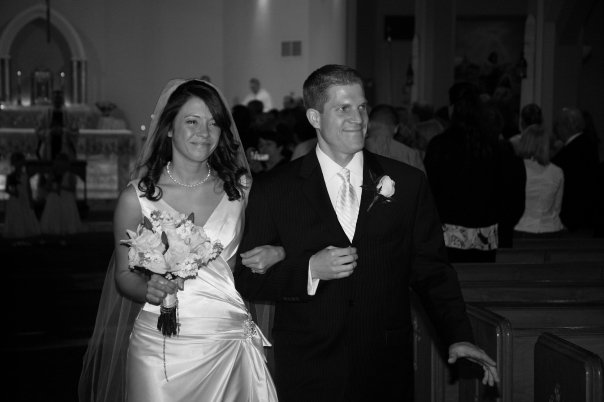 Jacqueline: I remember the first time Patrick and I met. It was 2002 and I was in Rome with two of my siblings on pilgrimage. Patrick’s older brother, Fr. Brian Kane, who was a priest in my family’s diocese was also in Rome with us. My sister and I were fairly excited to learn that he (Fr. Brian) had a brother. Well, he had 5 brothers, but one of them would be joining us during our time in Rome. I do have to admit that although I thought Patrick was nice and of course handsome, I was sincerely not interested in romantic relationships with anyone. I was in Rome, on a pilgrimage, experiencing conversion after conversion at every holy site we visited. I was coming off of a couple of rough years where I had left the Church and had definitely not been following Her teachings. Rome was the beginning of my reversion to the faith and my heart only had room for what the Lord was doing in me. But it was here we first met, in St. Peter’s Square, on a beautiful March day.

Patrick: My brother was taking a group of college students to Rome on a pilgrimage and I asked him if I could join them. I was 23, a recent college graduate working at my first real job, and thought it would be good to join other young Catholics on a trip like this. I was raised Catholic, attended mainly Catholic schools and viewed myself as a believer but was interested in making the faith more my own. I remember meeting Jacqueline and spending those days with her. I thought she was beautiful, (her hair was curly and I liked it) and knew she was on this trip also as pilgrimage – we were pursuing the same thing; the Lord.

Jacqueline: Fast forward a couple years to 2005. I had recently returned home to Nebraska after spending 9 months living and studying with the Emmanuel Community in Rome. I had been attending one of their “Schools of Mission;” a formative program for young adults that I discovered while on the very pilgrimage where Patrick and I met. The year in Rome had been beautiful and for more than one reason. I returned home in love and soon after I arrived back in the States we were engaged to be married. The man I was engaged to attended a Catholic University and I planned on transferring there to finish my degree. In the meantime I was waiting tables and occasionally running into Patrick at Catholic events or at the restaurant I worked at. I distinctly remember thinking how friendly and kind he was and how “good” he seemed – but since I was engaged and he was a seminarian I never gave these thoughts any extra time.

Patrick: After our trip to Rome I discerned to move away from my family home and begin a consulting career while also pursuing a new type of life. The pilgrimage had awakened a desire in me to serve the Lord in more of a radical way. I was really struck by the words at the mass “this is my body, which will be given up for you,” and I knew I was being asked to give more, to do more. I gave some thought to joining the military but because of previous health issues there were too many roadblocks on this path. Thus the disciplined and sacrificial life of the priesthood called to me and in 2004 I entered the seminary to answer this call.

Jacqueline: After a broken engagement and cancelled wedding I spent the next year searching for answers with what went wrong in this relationship. I had discerned religious life in the past and knew it was not what the Lord was calling me to. I knew I wanted to be married but I was pretty heartbroken over the ended relationship. It was during this year that I tried to spend as much time as possible with the Emmanuel Community and helped with various missions throughout the country. One of these missions happened to be over the same weekend that I was supposed to have gotten married. I remember feeling fairly defeated during this mission – not knowing or trusting what the Lord had planned for me. It was during listening to the testimony of a (married) woman in the Community that I found hope. She shared her own prayer before finding her husband – she wanted the Lord to bring her a man to make her holy and she wanted him now! She was so bold in her request. I made her prayer, my prayer. I prayed with fervor; “Lord bring me a man to make me holy and bring him now!” As I boarded the plane to fly home to Nebraska there was someone sitting in my assigned seat, as I ask him to move I quickly recognized him. He was a family friend from the past, someone who had played baseball with my brother and who I knew as local seminarian. He had been discerning a call to join the CFR’s and I shared with him my heartbreak over not getting married and my new prayer to find a husband. He looked at me and said, “Did you know Patrick Kane has decided to leave the seminary?”

Patrick: My two years in the seminary were well spent; I enjoyed living a common life with others, in a similar spiritual space. I loved the subjects we studied and was grateful for my time spent in prayer and service but in the end I understood that the Lord was not calling me to the priesthood. I knew the Lord had put it on my heart to be a husband and father – it was true that I had seen Jacqueline a few times in social settings while a seminarian. I knew she had been engaged and was happy for her but at the same time, even as a seminarian, I would see her and say, “if I were to marry, that is the type of woman I’d want to be with.” I decided to stop pursuing the priesthood and quickly re-claimed my job as a consultant. I started work right away; traveling each week. In the midst of this, a friend from the seminary got in touch with me with a newly acquired phone number of Jacqueline Cammack. He told me to call her.

Patrick and Jacqueline: After reconnecting and going out with mutual friends we knew very quickly (two days after meeting again!) that we wanted to be in a relationship and we saw the potential for a future marriage. All the groundwork had been laid for us to build on: solid faith in the Lord, proper discernment towards the vocation of marriage and a few (hard at times) life lessons helped each of us to know we had finally found what we were looking for. We dated for a year (much to Jacqueline’s dismay); Patrick wanted to give us the proper time to date before entering another engagement. I sometimes marvel at the time he gave me – it was not what I wanted at the time but looking back I appreciate never questioning if we rushed into marriage, because we didn’t. After nine months of engagement we were married on May 3, 2008 – the feast of Saints Timothy and Maura, a holy couple who were martyred after only a few weeks of being married. After almost ten years of marriage, and five children, we are continually amazed and grateful how the Lord brought us together. Marriage isn’t easy – no one can fully know what the years together will bring, but we vowed to love and honor each other, in good times and bad, to accept children lovingly as a gift from the Lord and to care for each other in times of sickness and health. We pray for many more years together! 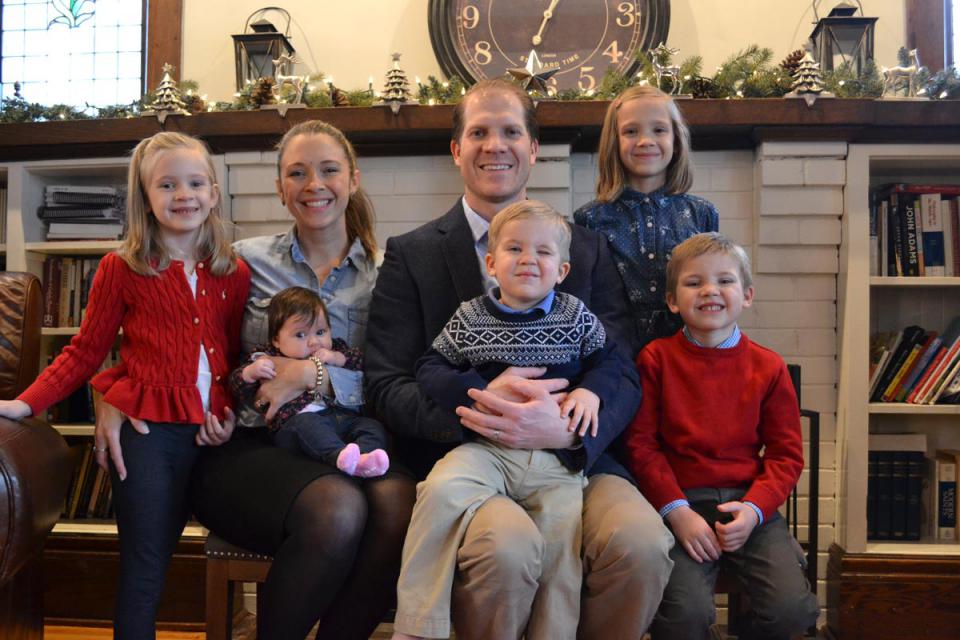 The Joy of Mission