February 14th is a day when love is celebrated by couples. We want to take this Valentine’s Day to honor “the icon of God’s love for us,” (Pope Francis) sacramental marriages! To display the beauty of a sacramental marriage, we are aiming to post one love story a day from our married brothers and sisters until we reach Valentine’s Day. May their stories draw you closer to the Source of their love. Happy reading! 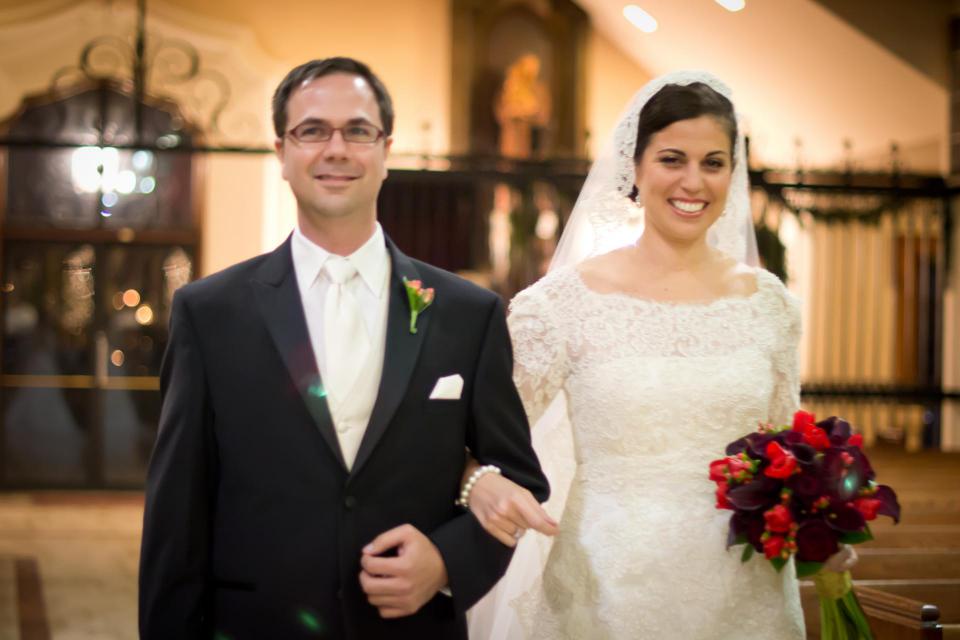 It was 2009 and I had recently moved back from living abroad in Rome working and studying with the Emmanuel. It seemed as if I would never find someone for me. I took it to prayer and one day I had an overwhelming sense of peace that I was right where God needed me to be and doing (teaching) exactly what He wanted me to do. I left all my anxieties about my vocation with Him. It was only then that I became open to meeting someone through Catholic Match. My friend had signed me up to this site, even though I was not too keen on meeting my future husband this way.

In early December of 2009, I received a message from an American man living abroad in Italy. My first thought? “Oh no! Not someone abroad!” I ignored the message and went about my business. But the message, although short and sweet, did not leave my heart. I had met other young men on Catholic Match before and had recently been disappointed by a possible prospect. However, I was at peace with my life and I was hesitant to put my peace on the line once more. I was sure God would make it clear if this American living abroad needed to be acknowledged.

Then, the Holy Spirit nudged. On January 24th, 2010 I finally replied to this “gringo’s” message as I had affectionately labeled him.

I had moved to Italy in mid-2008 and had stopped attending mass since I could not find anything in English. After just over a year, I was visiting friends in Poland.  One had invited me to Krakow and we prayed together at St Mary’s Basilica on the edge of Rynek Główny (the medieval town square of Krakow).  It was the first time I had just gone into a church to just pray with no intention of going to mass, and I felt an incredible feeling of warmth descend onto me.  It was then that I knew I needed to find someone who shared my faith when I returned to Turin.  And how would one go about finding someone who shared something so important, such as faith?  Well Catholic Match of course!  I had actually remembered that a friend had met his wife that way some years earlier and it had remained as a dormant memory since.

I had been through many years of relationships that would start with good intentions and the acknowledgment of my faith. However, they would all inevitably fall apart mainly due to hostility toward the faith.  So this new revelation, I was sure, was going to be the answer I had been seeking for so long!

After some great difficulties, I had decided to go back to mass, finally.  Even if it was in Italian.  I prayed to the Lord to show me the way to Him and to bring someone for me.  That evening, after waiting nearly two months for a response from this beautiful young woman from Miami who apparently had been living a parallel life to mine, my future wife (and Theology teacher) sent me an email.   Both prayers answered, the same day.  I could never turn my back on the Lord again and have not since!

We fell in love with our emails to each other really. Although we ended up talking and praying together (no video) through skype every day, it was really his written words that pierced my heart. After about three months of this, David’s arrival was upon me and I was beginning to feel overwhelmed with all sorts of emotions. I didn’t know how to react that I would now see him in the flesh! I picked him up at Miami International Airport on the eve of Holy Wednesday. We went straight to adoration. The whole time I was in a state of shock. I believe I didn’t really speak to him for the first three days. Poor David!

I had gotten to know Alejandra’s heart through her writing.  Finally, I was getting to know someone from the inside out and they were getting to know the real me.  We also prayed a thirty-day novena to St Joseph together, but separate. This was the first novena that I had ever prayed. Despite my effort to try to stay detached in case of yet another failure, I was falling in love. So when I first saw her at the airport, I thought, “Wow, so this is it.  So this is the woman I will spend the rest of my life with. This. Is. Crazy.”  I felt immediately at home with Alejandra’s family, even though it was obvious that she herself still had a bad case of the jitters and was suddenly afraid to talk to me  ;)  Finally after Easter she started to relax and we were able to have a beautiful last two days together before I had to head back to Italy.

Needless to say, once I opened up I was certain that he was the man I was going to marry. The peace and the certainty had replaced all the anxiety and fear. He was gentle, kind, funny and full of love for the Lord and me. What more could I ask for? I was living the cliche of “good things come to those who wait (and pray).” I (we) had waited long enough to find the right person to share our lives and faith with and God had blessed us beyond our imagination.

Our courtship lasted for another year and a half due to distance and other issues but we finally married on the feast of Epiphany in January 2012. Our plan was that our wedding Mass would be a moment of evangelization and although the litany of the Saints was a bit too long, we believe that the beauty and reverence for both the Sacrament of Marriage and the Sacrament of the Most Holy Eucharist touched many distant hearts that day.

God has now blessed us with two wonderful boys, Max and Nicolas and another little girl whom we will meet in just three months.

God is good and His plans and His timing are always perfect! 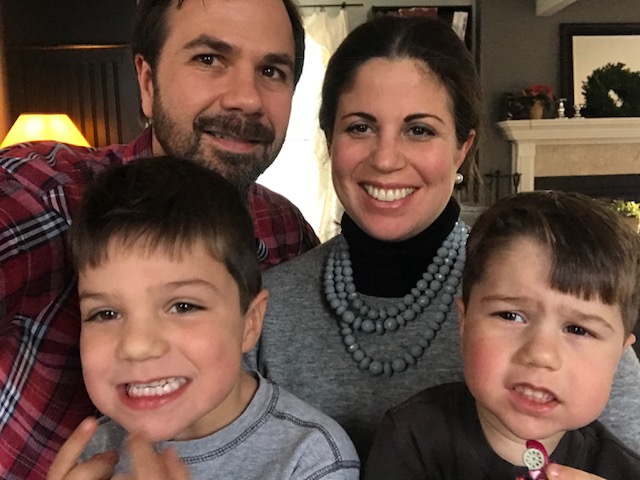