On Friday, October 30, 2015, the second Mercy Night in the Archdiocese of Newark was held at the Church of the Immaculate Conception in Secaucus. Our sisters, Annette Onanga and Maura Pollard came out to Jersey and helped with the mission. Instead of reading about the night from a brother in the Community, I decided to ask one of my brother seminarians, Deacon Bogumil Misiuk, to share his testimony of Mercy Night, that was held at his diaconate parish.

Mercy Night was a powerful, grace-filled occasion for adoration, prayer, and intimacy with our Lord in the Most Blessed Sacrament. Preparations for the Mercy Night were being worked on a month in advance, and at first thought there were some worries that it would be hard to organize a Mercy Night the day before Halloween. The parishioners, however, took it upon themselves to not be deterred but rather to put much energy into promoting the Mercy Night at the parish. When October 30 came around, over 200 people of all ages came to church for the Mercy Night; this was more than anyone predicted. None of them were familiar with the Emmanuel Community or the concept of Mercy Night beforehand and they did not know what to expect. By the end of the night, every person I talked to was deeply moved by our Lord, whether in adoration or confession or the mercy groups. One of the most powerful experiences for many was receiving a Scripture text from the Joy Box. In every case, the person told me that the Scripture verse applied to their current situation in life and was comforting or challenging. People, days later, were telling me that they were still praying and meditating on their Scriptural message. The permanent deacon at the parish said to me: “I have to show you the Scripture prayer I received and tell you what I prayed and offered the evening for. It proves that God is listening to us before we say a word.” Others noted that although the Mercy Night lasted about three hours, they did not want to leave the presence of our Lord because they felt so much peace of heart. They said that even the following days, they felt a spiritual high and want to have a Mercy Night at the parish in the near future. 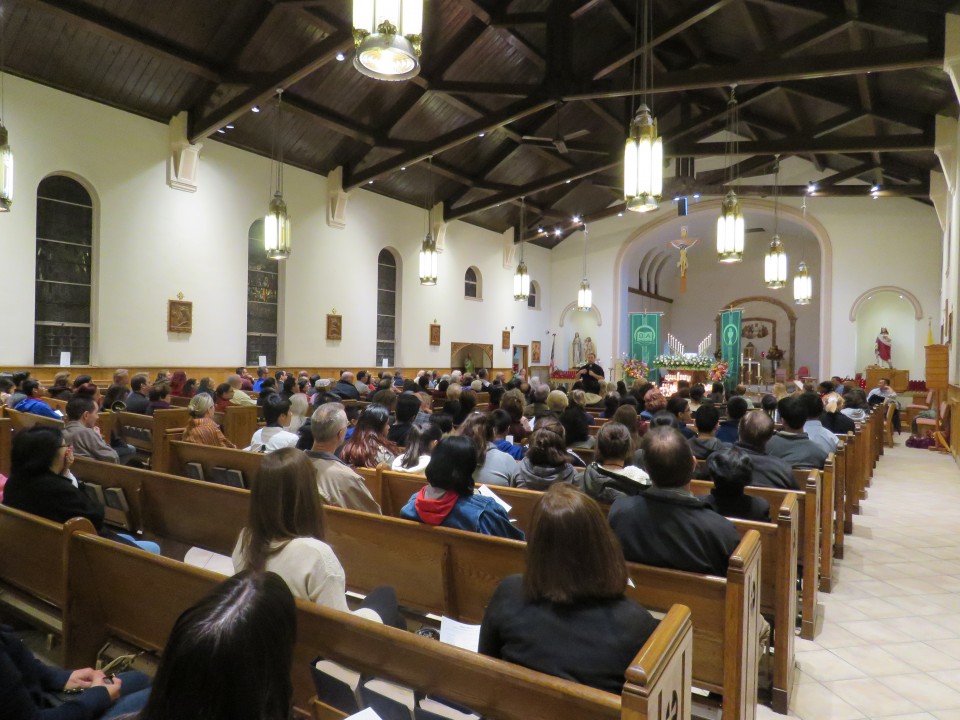 Personally, the Mercy Night was a very moving experience. The decorations and lighting provided a beautiful ambiance for prayer. The testimonies offered encouraged the faithful to seek spiritual guidance and the lines for the sacrament of reconciliation were long. The people also felt very open to talk to the seminarians and members of the Emmanuel Community in the mercy groups and share with them their innermost struggles and concerns. I was very humbled and appreciative that I had the opportunity to pray with some people in my mercy group and to break open Scripture with them. I was in awe of how the Scripture passages, to which I happened to open, applied so well to the given situation of the person, with whom I prayed. Overall, it was one of the most profound occasions of group prayer that I have ever experienced. What was also incredible was the fact that not only the most active parishioners were present for the Mercy Night, but also many that are not as involved in parish life came out to it. By all accounts, the Mercy Night truly invigorated the parishioners spiritually in a way that is very tangible!

A call within a call. The Priesthood in the EC

Parish Mission with the ESM in California