In the PA community we are especially blessed with children – with two families and Rosemary, we usually have 5 adults and 8 children in attendance on our Community Days. This November, however, was going to be special, because another family with 5 children was invited to visit us for the first time. 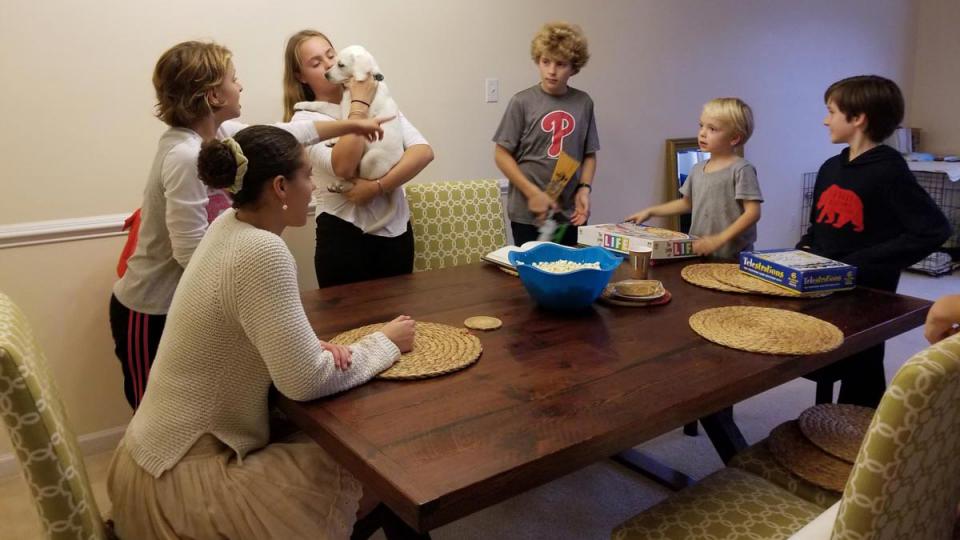 The tiny Figurski’s house was therefore undergoing some serious preparations. So many people, especially children, confined to our small space would be a recipe for unpleasant experience, at least for some of them, so we needed a plan. Wooden trains and matchbox cars were prepared for the younger kids, table tennis was set-up for tweens and teens, a host of board games, and some nerf guns for the boys. In the case the weather was good, we also thought about taking younger kids to a nearby playground – under the supervision of older kids.

We planned to have a lunch together, then praise with all the children, who then would be sent out to play and have fun, while adults would have sharing, and all would finally converge for a dessert and hot tea. 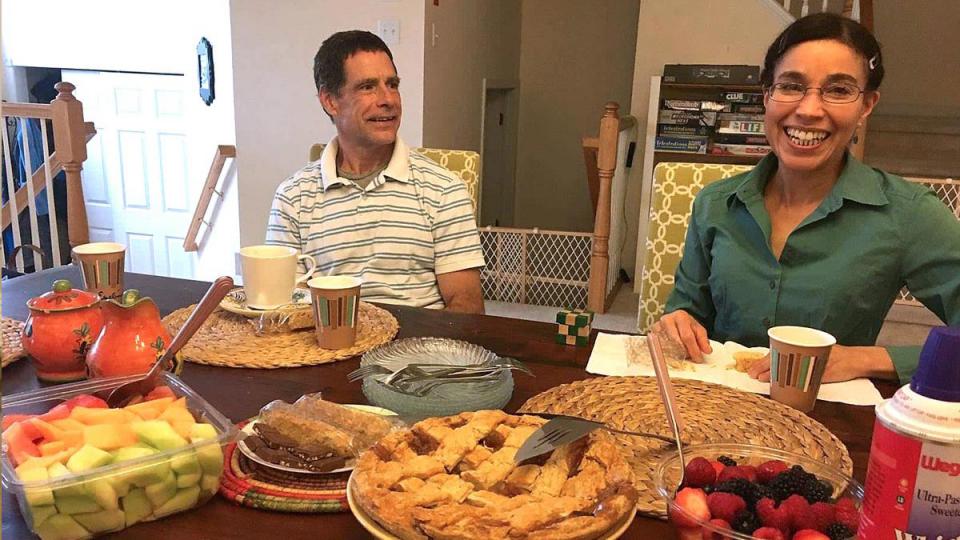 On the first Sunday of November we gathered early afternoon for some socializing, while Patricia and I were preparing lunch. Then, suddenly, everything went South. We heard shouts from the room where children were playing, then somebody said that Rafal, our middle son, broke his arm. 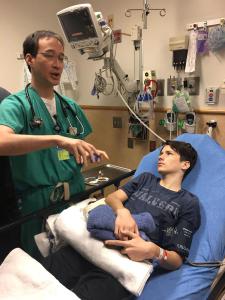 These news turned out, unfortunately, to be absolutely true. Rafal, trying to dodge nerf bullets jumped over a couch and landed so unfortunately that he’s broken his right arm – the look of it was truly terrible. Rafal turned pale on his face, but remained conscious while all the adults scrambled to provide some support for his arm (cheese board) and to move him safely to the car and bring him to a hospital. I was driving the car, while Steven (the other dad from our little household) accompanied us and helped keep Rafal awake and his thoughts away from this sad situation.

As soon as we entered the Emergency Room at CHOP in Philadelphia, we immediately became famous for the “cheese board” support for the broken arm. Rafal was quickly admitted and received good care. In the meantime, while we were waiting for the first x-ray results, we thought of all the things that we were missing out – lunch, dessert, but also praise and sharing. We decided to have a little praise – in the midst of this situation, in the tiny hospital room. With the help of the songbook app on Steven’s phone we even sang one song. When we were in the middle of the song, we saw Rafal’s doctor coming. He saw us from a distance and slowed down, then occupied himself with something else to allow us to finish – what a grace! 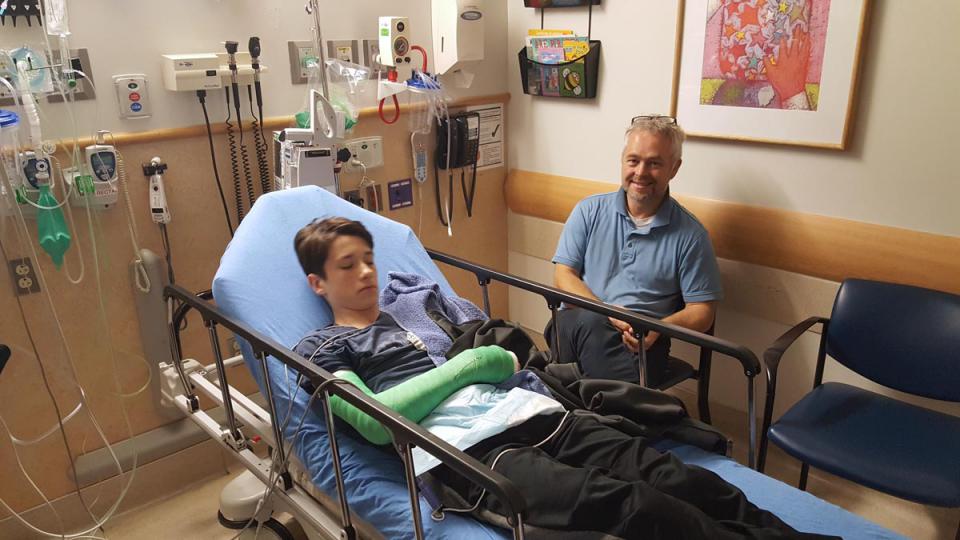 In the meantime at home the rest of our household enjoyed delicious lunch, prayed together but struggled a bit to organize sharing and teaching that day. At some point in time one of our children had to be picked up from sports practice, and Rosemary, as the only one with the car available, agreed to go. It turned out, however, that her car is blocked on the driveway by another car, and we could not locate the keys to the blocking car! We decided to ask the neighbor to move their car and go through their driveway (they never parked in their driveway except on that day), however the lady that was at home didn’t speak English. With common efforts in our broken Spanish we were able to ask her to move her car. Rosemary then had a test of her driving skills as she maneuvered in a tight space to get out. She did great! 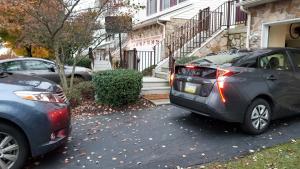 At the hospital, while the medical people worked on putting Rafal to sleep and readjusting bones in his arm, Steven and I had opportunity to talk privately and share. Little by little, we were able to see the graces that are coming through these events to our little household. In fact, there is nothing that binds us more close to one another than the trouble we go through together.

However, it took me a few days to finally recognize the greatest, and at the same time the most simple grace that we experienced – the one of being present for others. Steven, the father of a family himself, agreed without hesitation to come with Rafal and me to the hospital, helped secure Rafal’s arm along the way, parked our car while we were being admitted, and then accompanied us through the major events. He skipped lunch, dessert and dinner – in fact almost an entire day with his family. Late in the evening, when Rafal was coming to himself from anesthesia, Steven just went home by train. And we know that he and his family continued to pray fervently for Rafal.

Thank you, Lord, for the grace of brothers and sisters, and for this simple love, that is expressed in just being present!

New songs are being translated

Prayer for Outpouring on Pentecost