He was born in Boulogne Billancourt, France, on April 11 to Maurice (✝) and Jacqueline (✝) Leblond. He graduated from the Lycée Louis Le Grand (Paris, France) and received a PhD in Engineering from Ecole Polytechnique and the Corps des Mines, the most prestigious engineering school in France, from which he entered and graduated valedictorian. He married Rosemary Theresa Ross on September 20, 1980.

Denis had an illustrious career that spanned 3 decades. He began his career in the oil fields of Texas at Schlumberger as a Technical Manager, before moving to Air Liquide where he was named Vice President of the Asia Zone. Following Air Liquide, Denis joined Sema Group International as General Manager of the France Banking and Financial Markets Division in Paris, then moved back to the United States as Executive Vice President, Manufacturing at Mack Trucks/Volvo. Denis then became President of Faurecia Seating North America before returning to Paris to be named Chairman and CEO of Segula Technologies.

In 2008, having long worked in industry, Denis decided to retire to serve the poor and needy. He and Rosemary moved, with their two youngest children Bernadette and Gabriel, to Bucharest in Romania. There they lived alongside Roma families in the slums and accompanied over 100 children and their parents at Casa Valentina to grow and develop skills to improve their lives. 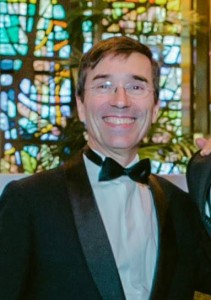 Denis lived life to the fullest, and had no greater joy than spending time with his children and grandchildren. He especially enjoyed skiing with them, where he was most definitely the best skier on the mountain. Denis loved windsurfing, cycling (with plans to race across the west this summer and america next year), sailing, waterskiing, scuba diving, camping on Sugar Island, and tolerated canoeing for love of his wife. He was a doting father and grandfather who enjoyed treating his grandchildren to ice cream, building legos with them, and teaching them everything he knew. His love for his wife was exemplary and a true model for those around him.

There will also be a memorial mass at l’Eglise de la Sainte-Trinite in Paris, France and a burial ceremony in Paray-le-Monial, France, during the first week of February (details to follow).

In lieu of flowers, the family requests that donations be made in Denis’ name to Fidesco USA of which Denis was Executive Director.

Pope Francis: The fruitfulness and importance of Praise!

Emmanuel Community Moderator chosen as consultor for Pontifical Council for the Laity.

Prayer for Outpouring on Pentecost